I read about the website Yesstyle.com in a recent post by Elise Loehnen on her Lucky "Style Steals" blog. The post focused on the cool clothes, but when I went to the site I was instantly drawn to the beauty section. Not only do they have amazing hard-to-find items from brands that I know and love, but they also have a ton of things that I've never heard of. Items that I can't wait to try include Estee Lauder Emerald Dream Perfume (with notes of honeysuckle, tangerine, plum, basil, and Kamani wood), My Beauty Diary Provence Lavender Mask (perfect to relax before bedtime), and Lancome Hydrazen Teinte (a tinted anti-stress moisturizer with SPF 15). Plus, the site also has a huge selection of bizarre but interesting hand-painted canvas shoes with images ranging from zen mountain scenes to anime characters.

Posted by Beauty in Chelsea at 1:08 AM No comments:

There are certain 80's fads that shouldn't be resurrected, such as sweat bands, harem pants, and crunchy L.A. Looks hair. However, things like Keith Haring paintings, neon, and acid wash deserve a rebirth of sorts. Below are a few items that recall some of my favorite 80's trends:

1.) Urban Decay Pocket Rocket Lip Gloss: In the 80's my mother and I we 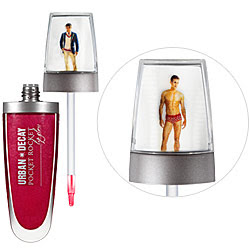 re totally into holograms. She had this cool pin that she used to wear on her jacket with a hologram of two lovers sitting on a bench. This lip gloss takes me back to the days when holograms were considered awesome feats of technology. Move the gloss from side to side, and a hunky man of your dreams will appear fully dressed and then voila- sans pants! 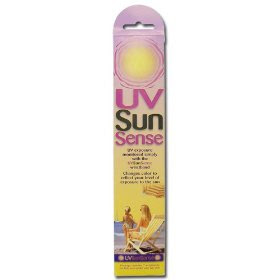 in awesome colors? Now, remember when they were all of a sudden banned because they were "dangerous." These sunburn-prevention bands come in a package that is totally reminiscent of snap bracelets. You wear the bands around your wrist, and they will change color to let you know when it's time to get out of the sun. If you cover yourself in sunblock make sure to cover the band too. 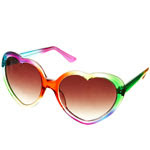 3.) Heart Shaped Sunglasses: Novelty sunglasses were "it" in the 80's. Especially cool heart-shaped ones. Topshop's rainbow-brite pair is perfect for cruising in your hot-pink convertible while listening to Tiffany. Plus, they totally remind me of Betty Boop who is undoubtedly a style icon. 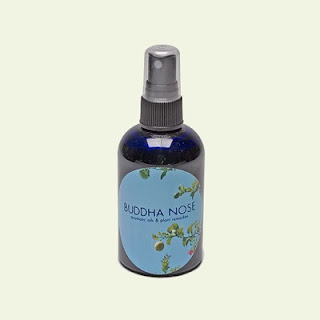 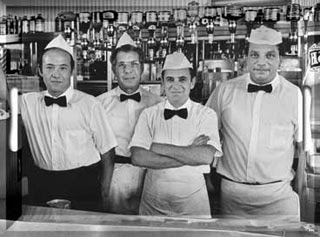 I decided to spend this Memorial Day Weekend in the city, since the forecast called for rain on both Saturday and Sunday. While there was no rain, there was plenty of sun instead. The city was pretty empty for a change, so I spent the weekend going to the Neue Galerie, shopping at Topshop, walking in Central Park, and watching La Dolce Vita. Below is a list of my top three Memorial Day Weekend necessities to throw the chicest bbq ever.

1.) Baristi Tray from Laura and Corrado: These stunning trays feature vintage photographs of daily life in an Italian village straight out of an Antonioni film. They are ideal for serving Campari and Sodas to your guests on hot summer evenings.

2.) Music by Phoenix: The new cd by this Versaille group (featured in this month's Vogue) is perfect to play at a casual party. Their new album Wolfgang Amadeus Phoenix will be released to the public on May 26th.

3.) Buddah Nose Organic Bug Away Spray: The last thing that you want to leave a summer party with is tons of mosquito bites. This organic repellent with citronella and peppermint works wonders. Spray it on pulse points and bare arms and legs to keep the bugs away.
Posted by Beauty in Chelsea at 10:48 PM No comments:

Two Things to be Excited About 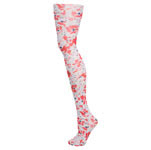 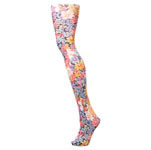 I love the idea of floral tights for spring with high boots or Repetto ballet flats. I've been trying to decide which pair to get for a while now, and I've narrowed it down to the watercolor-ish Poppy Print and the delicate Pansy Print. Check out the detail of the prints on Topshop.

Also, the FIT final show is up right now where all the students exhibit their final projects. I go every year, and it's incredible! I especially love the pain-stakingly-detailed jewelry renderings and the fashion story-boards. I think that it runs through the 19th of May, so get over the FIT museum asap.
Posted by Beauty in Chelsea at 11:16 PM No comments: 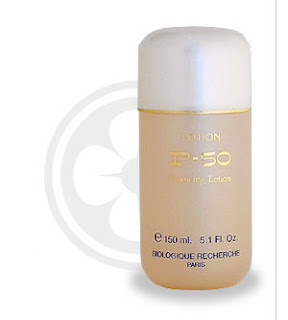 This is a little addition to the Mother's Day post that just went up on the blog. My mother's favorite beauty secret for getting rid of a pimple is to put alcohol and lemon juice on a cotton pad, and dab it on the offending spot. If that doesn't work, she says to try P-50 Lotion. It smells horrendous, but it really works!! She uses it on her face every night before going to bed, and her skin looks great.

photo credit: http://www.beautyhabit.com
Posted by Beauty in Chelsea at 1:18 PM No comments: 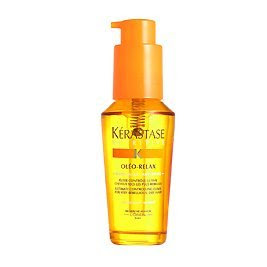 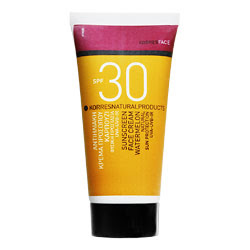 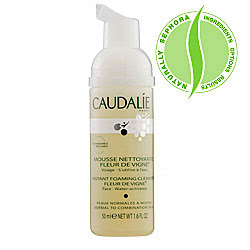 Besides great literature (on her Kindle), gourmet food, freerice.com, and Woody Allen movies, my mother loves beauty products. She's a discerning critic though, and there are only a few that are up to her high standards. The product has to work effectively, smell nice, and have an elegant texture in order to pass her test. Here's a list of some of her faves:

1.) Tocca Cleopatra Crema da Corpo (Body Cream): My mother raves about this wonderful grapefruit and cucumber scent. The lotion is luxurious, and the fragrance really lasts. Sometimes she even uses it instead of perfume. Get it at http://www.sephora.com.

2.) Caudalie Foaming Cleanser: With a light and airy texture, this cleanser removes makeup and smells like fresh green grapes. My mother seems to gravitate towards foaming cleansers, and this one is by far her favorite. Get it at http://www.sephora.com.

3.) Korres Watermelon Sunscreen Face Cream SPF 30: My mother is fanatical about protecting her skin from the sun, which is probably the reason why she looks so youthful. With this Korres sunscreen that smells like watermelon, putting on sun protection is actually enjoyable for her. I bet that she'll be excited to learn that the same great formula now comes in a portable stick! Get it at http://www.sephora.com.

4.) Kerastase Oleo-Relax Controlling Elixir Serum: Though she claims to have very curly hair, my mother's shoulder-length brown hair is always very straight. She gets it looking sleek and shiny with a few drops of this serum massaged onto wet hair before blow-drying. Here's the link: http://www.amazon.com.

Posted by Beauty in Chelsea at 12:41 PM No comments: 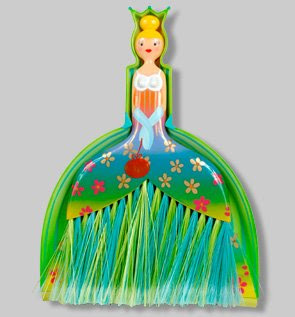 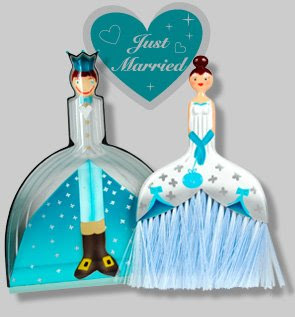 Recently I've had more of an inclination to clean my house than usual. While I'd like to think that it has something to do with the fact that I am slowly becoming more organized as I get older, in all likelihood it has to do with my new nifty clean-up items that are actually fun to use. These amazingly-scented and environmentally-friendly cleaning products, under the Maison Belle label from Danish brand Isabella Smith Apothecary, come in beautiful spray bottles and get your house extremely clean. There's a different formula and scent for glass, kitchen, bathroom, and floors, as well as a sudsy laundry detergent and fabric softener. My favorites from the line are the Marigold and Green Tomato kitchen cleaner and the Green Tea and Sage glass cleaner. I'm also loving the whimsy of this dustpan and broom set from French brand Pylones that comes in a variety of colors. It's a perfect little gift for Newlyweds! You can get the Maison Belle products at http://www.beautyhabit.com and the Pylones set at http://www.pylones.com.


Posted by Beauty in Chelsea at 1:53 PM No comments: